Yes, today is the day to talk about colors, in loads, of all shades, brighter the merrier..:)…Yes, as we celebrate the beautiful festival of colors worldwide today and tomorrow, it makes sense to look back at the origin of this festival and how it has become such a huge thing for people of all ages…..:)…trust me, everywhere looks as loads of paint cans have been thrown in plenty, and the entire world is getting immersed in it…..:)

Holi has been a religious festival from old times. It still is. It has direct relations to Hindu god Lord Shri Krishna and his eternal courtship with his beautiful beloved Radha…in the enchanted gardens of Mathura in ancient India.

It is said that Holi existed several centuries before Christ. However, the meaning of the festival is believed to have changed over the years. Earlier it was a special rite performed by married women for the happiness and well-being of their families and the full moon (Raka) was worshiped.

In modern times, Holi has many significance in the our daily lives.
Mythological Significance

Holi gets us close to our religion and our mythology as it is essentially the celebration of various legends associated with the festival.Foremost is the legend of Prahlad and Hiranyakshyap. The legend says there once lived a devil and powerful king, Hiranyakshyap who considered himself a god and wanted everybody to worship him. To his great ire, his son, Prahlad began to worship, Lord Vishnu. To get rid of his son, Hiranyakshyap asked his sister, Holika to enter a blazing fire with Prahlad in her lap, as she had a boon to enter fire unscathed. Legend has it that Prahlad was saved for his extreme devotion for the lord while Holika paid a price for her sinister desire. The tradition of burning Holika or the ‘Holika dahan’ comes mainly from this legend.Holi also celebrates the legend of Radha and Krishna which describes the extreme delight, Krishna took in applying colour on Radha and other gopis. This prank of Krishna later, became a trend and a part of the Holi festivities.

Mythology also states that Holi is the celebration of death of Ogress Pootana who tried to kill infant, Krishna by feeding poisonous milk to it.

Celebration of the various legends associated with Holi reassure the people of the power of the truth as the moral of all these legends is the ultimate victory of good over evil. The legend of Hiranyakashyap and Prahlad also points to the fact that extreme devotion to god pays as god always takes his true devotee in his shelter.

All these legends help the people to follow a good conduct in their lives and believe in the virtue of being truthful. This is extremely important in the modern day society when so many people resort to evil practices for small gains and torture one who is honest. Holi helps the people to believe in the virtue of being truthful and honest and also to fight away the evil.

Besides, holi is celebrated at a time of the year when the fields are in full bloom and people are expecting a good harvest. This gives a people a good reason to rejoice, make merry and submerge themselves in the spirit of Holi.

Holi helps to bring the society together and strengthen the secular fabric of our country. For, the festival is celebrated by non-Hindus also as everybody like to be a part of such a colourful and joyous festival.
Also, the tradition of the Holi is that even the enemies turn friends on Holi and forget any feeling of hardship that may be present. Besides, on this day people do not differentiate between the rich and poor and everybody celebrate the festival together with a spirit of bonhomie and brotherhood.
In the evening people visit friends and relatives and exchange gifts, sweets and greetings. This helps in revitalising relationships and strengthening emotional bonds between people.

Holi celebration takes place with lot of joy and verve throughout the country. The enthusiasm of the people reaches its peak and matches with the nature which is in full bounty at the time of Holi.

Holi is being celebrated in Indian since time immemorial but the popularity of Holi celebrations seems to be rising with every passing year and so is the level of hoo-ha. As no other festival gives so much liberty to the people to let their hair loose and enjoy their hidden crazy self.

Holi spreads lots of goodness and love among entire communities and everyone. As goodness is spread, all negativities vanish and thus life becomes much more enriching and happy……….

And that we all enjoy and want….positive and happy times all through……So, enjoy Holi not just as an Indian ancient traditional festival, but play it to engage the world in much more concrete strength of human relationships and foster eternal friendship…..:)

I am from Calcutta, India and I wish to tell you my everyday tales from life and about the music I listen to. I will also share any other musings that I might encounter in my daily life. Let's connect.

Some of my friends 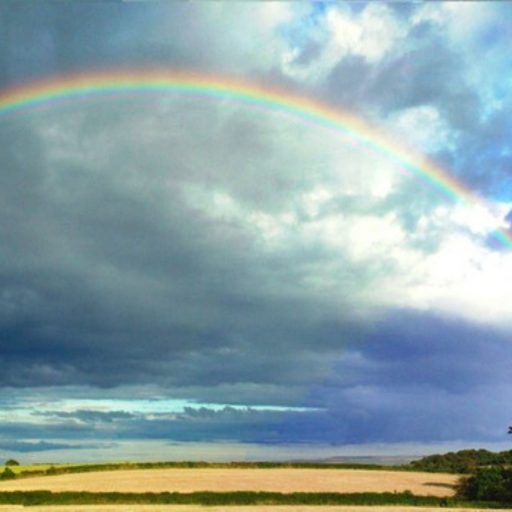 Here , I share the Experiences of reading books and Book-reviews . Home Garden. Talk about Life .

Shape Your Mind, Body, and Spirit to Prosperity

To read, To write,To learn. I express through words.

Mumma talks of what she knows